Dr. Jessica K. Black graduated cum laude from Cardinal Stritch University in Milwaukee, Wisconsin, in 1998. She received her medical degree from the National College of Naturopathic Medicine in Portland, Oregon, in 2002. Dr. Black now lives in Portland, Oregon, and enjoys running both locations of A Family Healing Center with her husband, Dr. Jason Black. They have two beautiful spirited daughters, Sadie and Zienna. In 2006, Dr. Jessica published The Anti-inflammation Diet and Recipe Book after working on perfecting her recipes and selling locally for a few years. Dr. Black enjoys promoting her book and giving educational lectures to the community. In 2010, she co-authored Living with Crohn's and Colitis; A Comprehensive Naturopathic Guide to Health and Wellness with Dede Cummings. In 2010, Dr. Black also acted as the naturopathic advisor for MamaBaby Haiti, a non-profit organization providing birthing and pediatric care to people of Haiti. She continues to share her passion for health through writing and in 2012, published the follow up to the first Anti-Inflammation Diet book, More Anti-Inflammation Diet Tips and Recipes. Apart from her work as an author and naturopathic physician, Dr. Black enjoys hiking, Pilates, skiing, and eating good food in the company of friends and family. 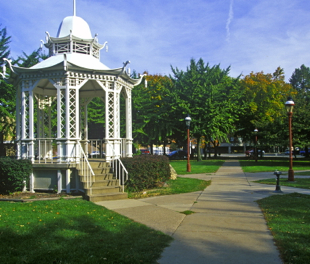 I was raised in Dubuque, Iowa. For those who don't know where that is, it is an average sized town right in the corner where Iowa, Illinois, and Wisconsin meet. Growing up, I thought people went to different states all the time and I knew the ocean was far away from where I lived. Dubuque is a quaint town on the Mississippi river. I learned how to spell that in a hurry! I attended Catholic school in Dubuqe, starting in elementary and finishing up with the 8th grade. After leaving St. Joseph's school I went to public high school where I played sports and stayed out of trouble. I loved public school, I loved the social life. If I ever sat home on a Friday or Saturday night, I was either grounded or sick! I graduated in the top 5 % of my class, which allowed me to receive scholarships. I looked mostly at colleges around Dubuque because I wanted to stay close to my mom, (in actuality my mom begged me to look close to her)! I decided on a small Catholic University in Milwaukee, Wisconsin, because I knew I wanted more, I wanted a bigger city. 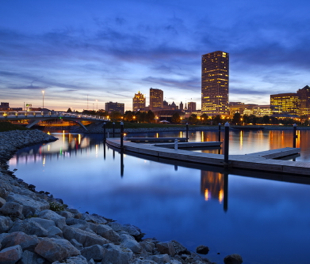 I grew up going to Chicago all of the time, but had hardly even visited Milwaukee before moving there. It was exciting! I attended Cardinal Stritch University on a scholarship to be a chemistry major and biology minor-pre-medicine. Once I was at college, I quickly switched my major to biology and my minor to chemistry and decided also to pick up an art minor, ONLY because I LOVED art so much and started getting into photography, ceramics, and painting. I worked the entire time while in college, mostly at Great Harvest Bread Company. This is where I learned the chemistry of baking. What holds things together, what mixes with what, what makes things rise or stay flat. Of course, not with alternative ingredients but it gave me a great start. I would get up and work at 4:30 in the morning and push out 600 + cookies and a few hundred muffins or scones by 8 am. Then I would knead bread with the rest of my colleagues until 2 pm. Very physical and super exciting work. One of my favorite jobs to this day!

The anti-inflammatory diet eliminates many common allergenic foods that may promote inflammation. 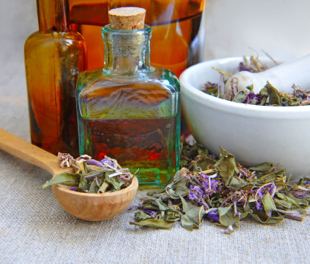 During college, I started spending a lot of time at the health food co-op. I loved being there. I loved the smell, I loved what I was able to learn there, and I would often go there by myself and watch people. Believe it or not, I learned a lot from doing that. I watched what people bought, etc... THEN, I started cooking a little bit. You know, more than just the average college cooking. I bought rice milk, ate beans and rice, and became what you would consider, a granola eater! I didn't even know there was really a term "granola" that referred to people who are health nuts, etc...

My advisor in college was a nun and she was hard on me for a good reason. We didn't always rub each other the right way. Or should I say, I didn't always rub her the right way. She was critical, always wanted me to do more or better, and she was HARSH on my papers. I would have RED marks ALL over them. One day I went to her with a concern, which had been ruminating in my head for quite some time. Okay, here it was. I have a problem with doctors who just prescribe drugs and I want to be different. I had no clue that naturopathic physicians even existed! This was really before internet was used regularly or for anything more than email. She said, "I think there might be a school for that." She opened up this big book and flipped a few pages and landed on a page that described naturopathic medicine. It was an extremely short section and listed only 4 schools.

I sat and thought about that for weeks. I started requesting information from the schools and the process began. I didn't have much money to visit the schools, so I applied and hoped for an interview, knowing that I could visit the school at the same time as the interview. I experienced HUGE opposition from my friends and family. "Why don't you just get an MD?" I heard this over and over again. My strict nun advisor, (I realize now looking back), didn’t say anything. She passed no judgment.

At the same time, I started working in a microbiology lab to work on my final internship and project for school. I loved what I learned there and continued on after my internship. In the summer after college, I was easily working 50 – 60 hours in the lab with my projects, mostly agriculture. Interestingly enough, I was working a lot with lactobacillus acidophilus bacteria, not understanding at all the significance this bacteria would have for the rest of my future. I give it or some form of probiotic to most patients. I declined a position there to go to school at the National College of Naturopathic medicine where my future began.

After publishing my first book in 2006, I promptly sent it to my advisor from Cardinal Stritch, thanking her profusely for her continued encouragement and belief in me.